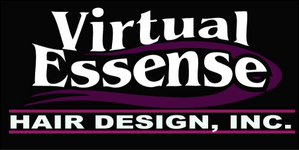 Virtual Essense Hair Design is a family owned salon and is much more then just about hair. V.E. is about the value of our guest & community, giving each guest there own extraordinary experience.

The end of 2004, Linda ( mom ) had an idea to open a salon with her daughter's ( Amanda & Stephanie ) with the support from their dad ( Tom ). At the time Amanda was fresh graduating ( Class of 2004 ) high school and Stephanie still had another year of high school to go.

Linda had the idea of opening a salon that was not based off of just names on a clip board ( being she worked many years in chain salons ) or double booking to get the most guest in a day but to build a salon based on the relationship between the guest & us. To make everyone feel as though they are part of the family and a atmosphere to relax & talk, Giving our guest our utmost attention with out the feeling of being rushed or squeezed in.

So the process began looking for a space. Now we did not live in Boyertown ( we grew up by Huffs Church ) nor did Amanda & Stephanie attend Boyertown. Linda & Tom did but they were a graduate Class of 1970 & 1983. Amanda & Stephanie graudated Upper Perkiomen High School, attending the Western Montgomery Career and Technology Center.  So we traveled to Boyertown for good old Zerns Farmers Market and stuff but that was it. So when Linda came across the barn and it was up for lease, she went and seen it. At first nothing about it looked nice, but when she looked inside and seen the old beams and stone wall. Linda had a feeling this was it. Here we all come, and of course at Amanda & Stephanie age ( 18 & 17 ); it was going to be the coolest thing owning a business/salon.

The salon opened in February 2005, with as much as we could do for what we had ( which was not much ). We were starting a business from complete scratch. Linda had some business knowledge and her skills ( but was out of the industry for a few years due to a terrible car accident ). Amanda & Stephanie had no business skills, fresh out of school, beginner skills, and non of us had had any clientele..... Nothing !! And, what a few rough years we had !! But what we did have was each other, passion and a drive to succeed.

" Virtual Essense Hair Design " the name itself came from Amanda's graduation project, it was name from her model salon she had to make for school.

We officially bought the barn in February 2013 and since have been in full swing of growing the business and making updates every year.

In our years of operation so much has changed, we have grown the business so much since the beginning. Our family size has also grown and has also gotten a little smaller. We lost Linda ( mom ) in July of 2018. But we as a family will continue this journey and carry on the legacy. We will continue to grow stronger and show & tell our story to any anyone that wants to listen. Continue to grow within our community, by supporting each other. Continuing our education in both business and technical. Inspiring the next generation, to follow their hearts. Results will happen with a lot of hard work, patience, and consistency !